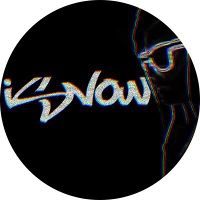 iSn0w is a 15 Year old Security researcher which aims on iOS Hacking and other Hacking stuff. He is interested into reverse engineering. he told a redditor; "Finding offsets in the Kernelcache can make sooo much fun !" . That means that he likes to find iOS offsets, when he has nothing else to do. He also posted some things on Reddit, related to a Fully custom Operating system for arm64 and armv7 devices made by him !

He made certain exploits which aim at getting read and write access to the root file system.

He worked on the iOS 11.1.X Jailbreak which could be seen as a good alternative to coolstars electra ! He also worked on a Cydia repo maker which is made for already jailbroken devices to make the process of creating a whole repo a lot easier ! ( iCreator )

iCreator is the most responsive Cydia Repo creator out there at the current point !